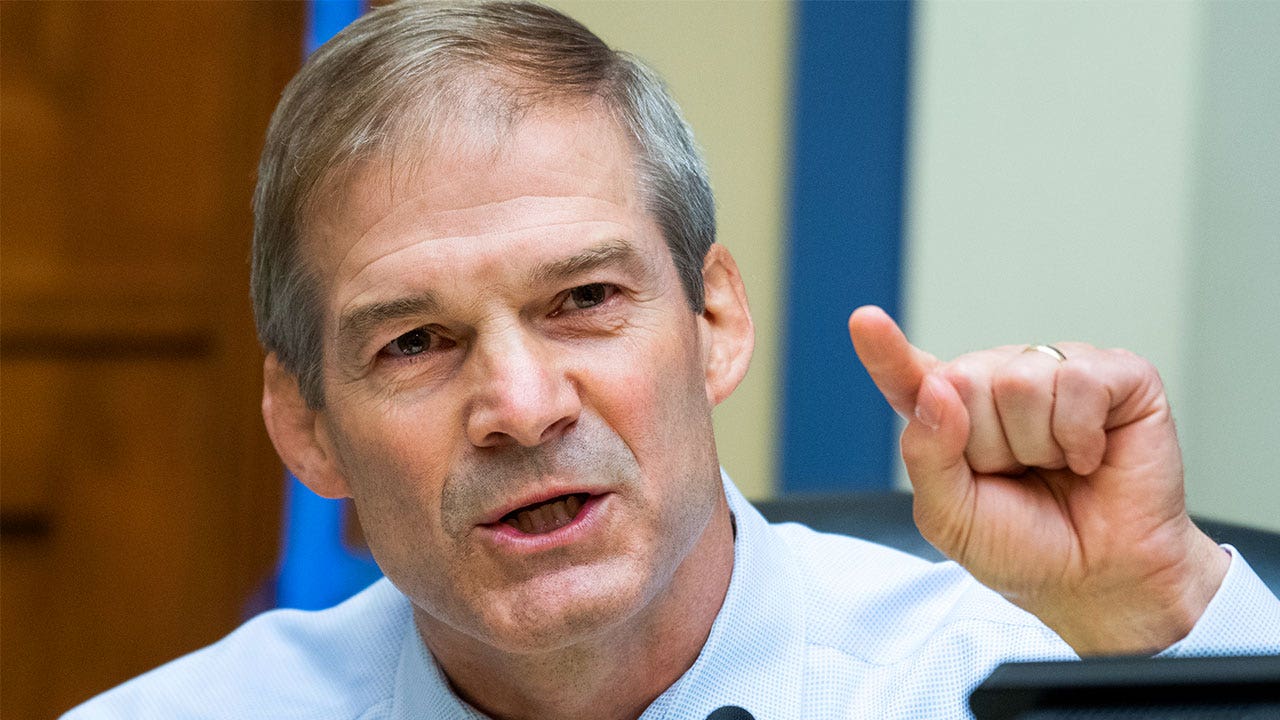 Jordan and fellow Republican Mike Johnson, R-La., said last week they had evidence the FBI had targeted parents who spoke out against the schools’ policies despite Garland’s assurances that it wasn’t. was ever produced.

In a letter to Garland, Jordan and Johnson said they have evidence the FBI tagged dozens of parent investigations with a threat tag created by the bureau’s counterterrorism division to assess and track school board-related investigations. . The evidence comes from “brave whistleblowers” within the Justice Department, they said in the letter.

During an exclusive interview on “Sunday Morning Futures,” Jordan explained why he felt Garland was misleading, arguing that “the very device they turned on with his memo that establishes the reporting line and then the email that went out from FBI agents to agents across the country, this process was used to prosecute moms and dads.”

He told host Maria Bartiromo on Sunday that there were “more than two dozen cases”.

Jordan argued that Garland “said he wouldn’t use the government’s counterterrorism measures to go after parents, but that sounds like exactly what they did.”

During congressional testimony in October 2021, Garland told lawmakers that his Justice Department has not deployed counterterrorism tools against parents who protest school board actions. “I can’t imagine any circumstance in which the Patriot Act would be used in the circumstances of parents complaining about their children, nor can I imagine any circumstance in which they would be called domestic terrorism,” he told the time.

The National School Boards Association (NBSA) sent a letter to the Biden administration in September calling on the Biden administration to use the Patriot Act against parents who are accused of not only being violent towards, but otherwise intimidating government officials. school council. Five days later, the DOJ issued a memo ordering the FBI to investigate the threats against school boards.

The memo highlighted the FBI’s National Threat Operations Center, which Jordan and Johnson likened to a “whistleblower line” for advice on parents at school board meetings.

An internal email from the FBI’s Criminal and Counterterrorism Divisions instructed officers to apply the threat label “EDUOFFICIALS” to all investigations and threat assessments specifically targeting education officials.

Jordan and Johnson, citing a whistleblower, said the FBI has opened investigations into the EDUOFFICIALS threat in all regions of the country and involving all types of educational settings.

In an investigation, FBI officials questioned a mother for allegedly telling a school board member “we’re picking you up.” The person reported the mother for being a member of a “right-wing moms group” called “Moms for Liberty” and for owning a gun. FBI officials ultimately determined that this mother was not a threat.

Jordan pointed to that example on Sunday, noting that the mother was allowed to own a firearm under the Constitution.

“And the person who reported her on the snitch line said that was the reason they reported that person and the FBI investigated,” Jordan said. “So this is something scary.”

The Republican representative also underlined “the speed and intensity” with which the FBI and the Department of Justice would have tried to “cool the word”.

“The School Board Association sends a letter on September 29 of last fall. Five days later, the Attorney General makes a memorandum to all American attorneys, each across the country, saying, ‘Put in place this line of denunciation.’ And then 16 days after that, the FBI sends an email saying, ‘Establish that designation, that threat tag,” Jordan told Bartiromo. “It all happens in 22 days.

“The intensity with which they went after parents to chill the floor, I’ve never seen that. I don’t know if anyone has ever seen the feds move so quickly on anything. , they operated at record speed,” he explained.

Fox News reached out to the Justice Department and the FBI for comment, but did not immediately respond.

What if you can’t pay the medical bills?

The tools you need to succeed in a hybrid work environment